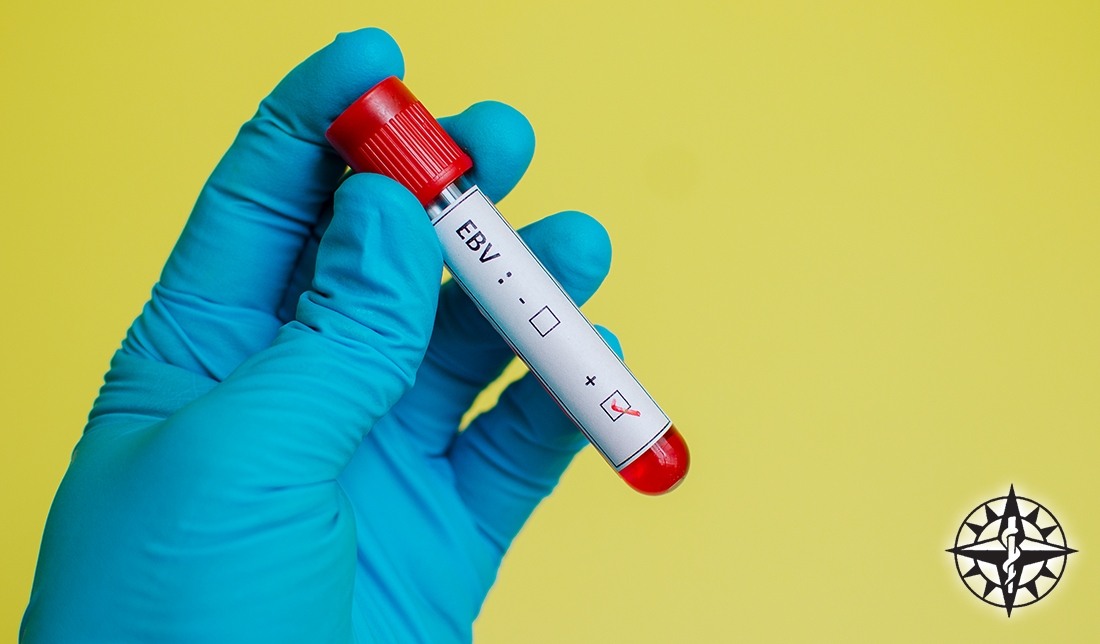 So, What Exactly Is the Epstein-Barr Virus?

The Epstein-Barr virus (EBV) is one of the most common viruses in the world. It was discovered and published in scientific journals in 1964 by Michael Anthony Epstein and Yvonne Barr, hence its name. It is also known as  “Human Herpesvirus 4” and is a member of the herpes virus family. The CDC says that most people in the world will become infected with EBV at some point in their lives.

Epstein-Barr is the virus that causes mononucleosis. You may know this virus by its nickname, “mono.” It is also accurately called the “kissing disease” because of an obvious way you can spread it to someone else.

Even though Epstein-Barr virus (EBV) is not a household name, you have probably been infected without knowing it. Many people carry this virus but never get sick.

If you become infected with EBV, symptoms can sometimes take anywhere from 4 to 6 weeks to make their appearance. When they do, they are often mild, especially in young children. Children commonly develop cold or flu-like symptoms. Teenagers are more likely to have the acute symptoms of mono. For this age group, symptoms can last between 2-4 weeks without showing signs of improvement.

Although you should start feeling better in two to four weeks, the fatigue can last much longer. You could even still feel fatigued a couple of months later. Another interesting fact is that you do not have to be sick to pass the virus to someone else. EBV stays in your body, lying dormant, long after you get over mono. The virus can become active again months or years later, making you contagious once more. So, what are the classic symptoms of EBV?

The Most Common EBV Symptoms:

According to the CDC, the symptoms of EBV are:

The Epstein-Barr virus is transmitted through body fluids. This could be saliva, fluids from sexual intercourse, organ transplants, or blood transfusions. Since symptoms take some time to appear, you can spread the virus for weeks without even knowing you have contracted it. That is what makes this virus one of the most widespread. There are currently no vaccines produced for EBV.

EBV infections are often diagnosed without any testing. However, blood tests can detect the presence of antibodies associated with EBV.

One of these is known as the “Monospot Test.” However, the Centers for Disease Control does not recommend it for general use because the results are not always accurate.

In addition to the Monospot Test, there are other blood tests for more specific antibodies to EBV, including:

A healthcare provider will take these results and other factors into account, including a person’s overall health and any underlying health conditions, to make a diagnosis.

With mononucleosis (mono) being the primary disease caused by EBV, it is wise to know about the significant complications that, while still rare, can occur with mono:

If you do develop Mono caused by EBV, there is, unfortunately, no specific treatment to cure it. You can treat your symptoms to relieve the discomfort associated with them. Mono typically clears up on its own without treatment in a few weeks.

What You Can Do at Home

Although no medicine can cure the EBV or mono infection, you can take some simple steps at home to ease your symptoms:

Take it slow when going back to work or school. Take that transition slowly until you feel better. For about a month following, avoid sports, heavy lifting, or other vigorous activities in which you could injure your spleen.

It is essential to see your doctor if you have any of the above EBV symptoms. Your doctor may provide you with additional treatments to help specific organs in your body recover from mono, depending on your symptoms. If you have an abnormally high fever or sudden sharp pain on the left side of your upper belly, seek emergency care immediately.

The Epstein-Barr Virus is prevalent in Florida just as much as it is around the country. Florida has not seen an EBV epidemic, likely because people do not know that they have contracted the virus, making it more challenging to track accurate numbers. Since approximately 95% of healthy adults have had it, most people in Florida may have had it or currently have it as well.

In 2019, there was a tragic story of a 17-year-old teenage girl living in Florida who died due to mononucleosis complications. Cases such as these are sporadic and very rare, but it is important to note that the possibility does exist. If your teen is exhibiting unusual symptoms, you must not delay in seeking medical attention.

Chronic active Epstein-Barr virus infection (CAEBV) is an exceedingly rare complication of an Epstein Barr virus (EBV) infection. Symptoms of CAEBV may include fever, swollen lymph nodes, and an enlarged liver and/or spleen. More serious complications may occur. Symptoms may be constant or come and go and tend to get worse over time. CAEBV occurs when the virus remains ‘active’ and the symptoms of an EBV infection do not go away. It is diagnosed based on the symptoms, clinical exam, and blood tests that show EBV DNA remaining at high levels for at least 3 months. Treatment is generally focused on managing the symptoms.

The EBV infection is prevalent and spreads by encountering infected bodily fluids. Often, people are infected during childhood and do not experience any symptoms. If a teenager or adult is infected, they may experience fatigue, swollen lymph nodes, and fever. In highly rare cases, EBV can cause a chronic infection (CAEBV).

At Infectious Disease Associates of Tampa Bay, caring for you and your loved ones is our passion. If you feel a loved one has been infected or would like to test for EBV, our friendly staff and doctors will help with anything you need. The Infectious Disease Associates of Tampa Bay physicians have over 30 years of experience treating those with EBV and provide an in-house lab for any necessary testing. If you have any questions about EBV, Mono, or any other virus, please feel free to contact us at 813-251-8444. 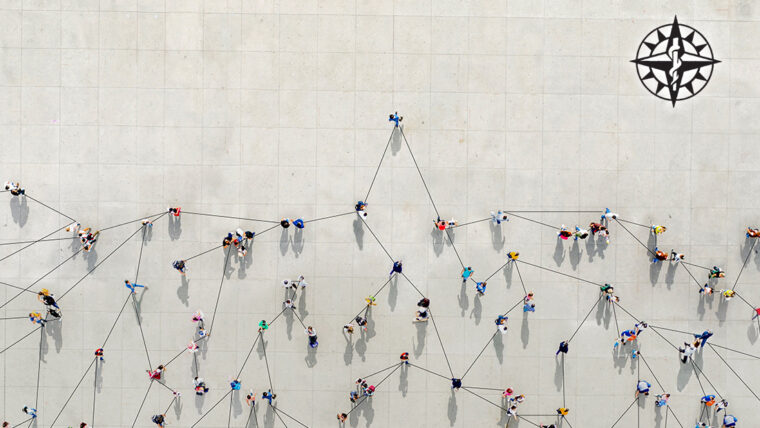 What Does It Mean for a Disease to be Classified as an “Infectious Disease”? 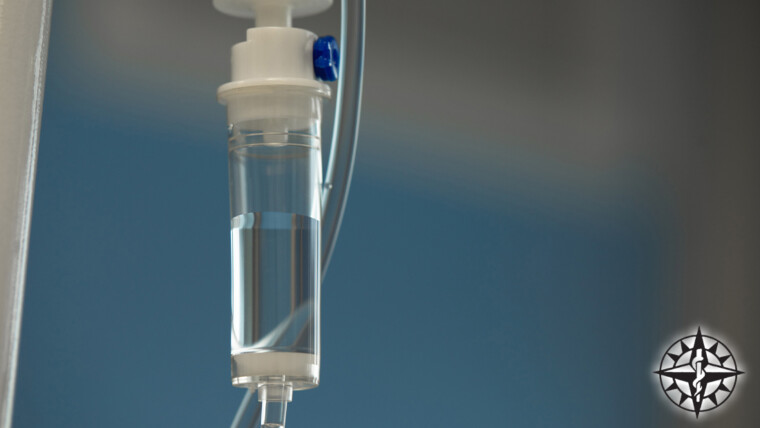 Antibiotic Infusion Therapy: A New Way to Get Better, Sooner