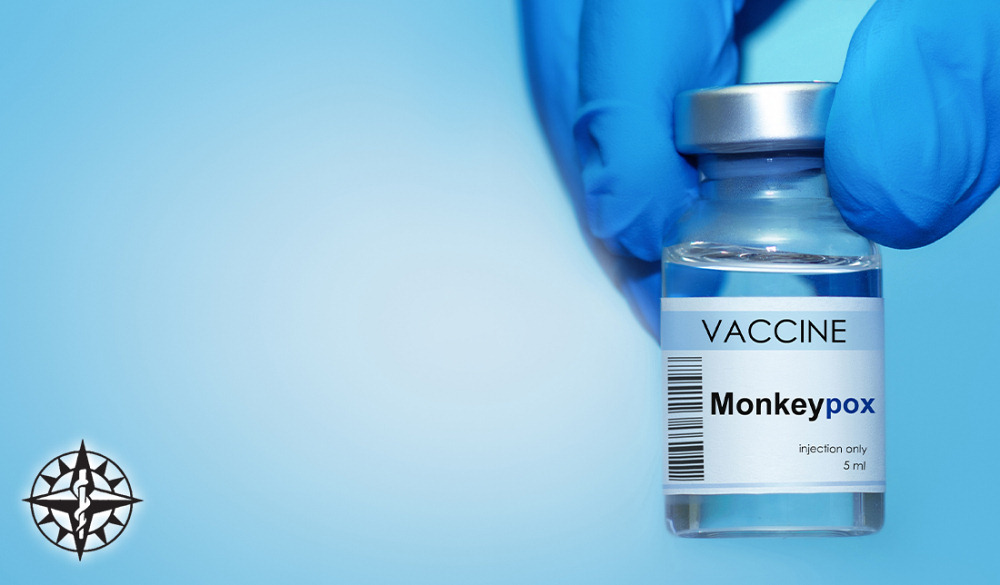 Since recovering from the initial COVID-19 outbreak, the United States is now facing yet another infectious disease outbreak. But this time, it’s monkeypox. While it may be the first time many of us have heard of this disease, it was first discovered decades ago. Now with over 10,000 confirmed cases identified in nearly every state in the United States, at the time of this writing, The Biden Administration is ramping up its response, declaring monkeypox a public health emergency on Thursday, August 4, 2022. Read more to get the latest on monkeypox and the details of this latest outbreak.

Monkeypox is a rare disease caused by the monkeypox virus. Like the better-known virus that causes smallpox, it’s a member of the family called orthopoxvirus. Monkeypox can be transmitted to humans via viral zoonosis (infected from animal to human) or close contact with an infected person.

A Brief History of Monkeypox

Monkeypox was discovered in 1958 when two outbreaks of a pox-like disease occurred in groups of monkeys being used for research. It has historically spread mainly through human contact with infected rodents but has sometimes been spread through skin-to-skin contact with an infected person, which is the case with the outbreak we’re seeing now around the world. There are two known types (clades) of monkeypox virus — one that originated in Central Africa and one that originated in West Africa.

Unlike smallpox, monkeypox has lesser-known history and public knowledge surrounding its origin. While it is believed that it could have been circulating for centuries, monkeypox was initially identified in a Copenhagen laboratory in 1958. In this lab, researchers discovered two large outbreaks of a pox-like disease amongst their monkeys. The name ‘monkeypox’ was coined from this initial discovery but does not mean that monkeys are the source of the disease. Twelve years later, the first human case of monkeypox was recorded in the Democratic Republic of Congo. This offset several outbreaks in African countries between non-human primates (monkeys), African rodents, and humans.

From Africa to Florida

For decades, monkeypox stayed in the Central and Western African regions. It wasn’t until 2003 that monkeypox had its first recorded small outbreak in the United States due to infected prairie dogs imported from Ghana. Since then, monkeypox has not been widely discussed in the American public health system. That is, until this year. Back in May, many news outlets and medical experts began informing the public about the increase in monkeypox cases both globally and domestically. As of this writing, in early August 2022, the CDC recorded 10,392 cases of monkeypox in the United States. And 1,018 of those cases are right here in Florida.

Transmission happens during close contact with another human. This contact can be prolonged physical contact or direct contact with body fluids or lesions. It can also spread face-to-face through respiratory droplets or contact with contaminated bedding or clothing. While monkeypox can infect anyone, over 90% of the confirmed cases in the United States are concentrated within the MSM (men who have sex with men) population. Although monkeypox is not considered a sexually transmitted disease, overwhelmingly, the method of transmission so far has been related to sexual activity, generally with multiple MSM partners.

It doesn’t spread through the air like COVID-19, as far as we know. And unlike COVID-19, monkeypox isn’t contagious until the infected person becomes symptomatic. That makes it much easier to isolate infected individuals and prevent the spread.

Watch this short video by the CDC where they briefly explain 5 Things to Know about Monkeybox:

The monkeypox virus has a similar reaction to smallpox, but unlike smallpox, monkeypox is rarely fatal and has milder symptoms. While symptoms do vary depending on the person, it is typical for people to get a blustery, pimple-like rash on the body. This tends to be a clear indicator of mpox. Some may experience only a rash, or in other cases, their rash will be followed by other symptoms. If you are unsure what monkeypox rash looks like, refer to these photos from the CDC.

According to the CDC, the following are the top monkeypox symptoms to be aware of:

As of right now, there are no treatments specifically for monkeypox, but due to its similarities to smallpox, some of its antiviral drugs and vaccines can be used for treating mpox. Since symptoms are very mild, they should disappear or subside after 2-4 weeks.

On August 9th, 2022, the U.S. Food and Drug Administration issued an Emergency Use Authorization (EUA) for the JYNNEOS vaccine. This authorization allows healthcare providers to use the vaccine by intradermal injection for people who would be determined as a high risk for monkeypox infection and are at least 18 years old. This EUA has increased the total number of vaccine doses available for use by up to five-fold. This EUA also allows for the use of the vaccine in individuals who are younger than 18 if it is determined that they are at a high risk of monkeypox infection. In these people, JYNNEOS is administered by subcutaneous injection.

Another vaccine, ACAM2000, is approved for immunization against smallpox disease and is now made available for use against monkeypox under an Expanded Access Investigational New Drug (EA-IND) protocol.

What Floridians Should Do

If you think you’re experiencing symptoms of monkeypox, isolate yourself at home and stay in a different room away from your partner, family members, or pets. You should also talk to your healthcare provider as soon as possible about getting tested. CDC recommends getting vaccinated if you have been exposed to monkeypox or are at higher risk of being exposed to monkeypox. Florida Department of Health Pinellas County spokesperson Tom Lovino stated to ABC Action News regarding the vaccine.

“Whenever we do contact tracing, we want to make sure we reach those individuals so they get the vaccine because it can be used before the onset of disease to stop the disease in its tracks.”

He reassured the public that the 2022 monkeypox outbreak is not to be worried about compared to COVID-19. While Florida cases have increased, especially with more in the Tampa Bay area, we can continue to educate the public on safe health practices to combat the spread.

Monkeypox transmission can be prevented by avoiding close skin-to-skin contact with someone displaying symptoms (i.e., rash) of monkeypox. Other prevention tips include:

Experts say that they expect the case numbers to keep climbing and demand for the vaccine to grow. Even though these current numbers are nothing to be too worried about, it is still vital for our state to take each case very seriously to prevent any further spread.

Is the General Public at Risk of being Infected with Monkeypox?

In short, no. Monkeypox is nothing the general population should be worried about. While there has been an increase in cases in the United States, it will not be the next global pandemic. The type of rapid spread we experienced with COVID-19 is unlikely to occur with monkeypox due to the nature of the disease. Unlike COVID-19, mpox does not spread through the air. Remember, it spreads via prolonged close contact or direct contact with infected lesions.

Compared to COVID-19, monkeypox is significantly less contagious, which is why experts are reassuring the public not to panic. Even though it is nothing to panic about, it is still essential for the CDC and medical experts to keep the public informed on the latest news regarding monkeypox. As stated above, there has been an increase in cases which is why the public is hearing more information about it today. Since COVID-19 revealed shortcomings within the public health system, experts are choosing to stay on top of it this time with monkeypox.

Infectious Disease Associates of Tampa Bay (IDATB) provides high-quality healthcare services for patients in the Tampa Bay metro area. With over 30 years of experience, IDATB has been treating Floridians with infectious diseases while providing an in-house lab for any necessary testing. If you have any questions about mpox or concerns about other infectious diseases, then please call us at 813-251-8444. 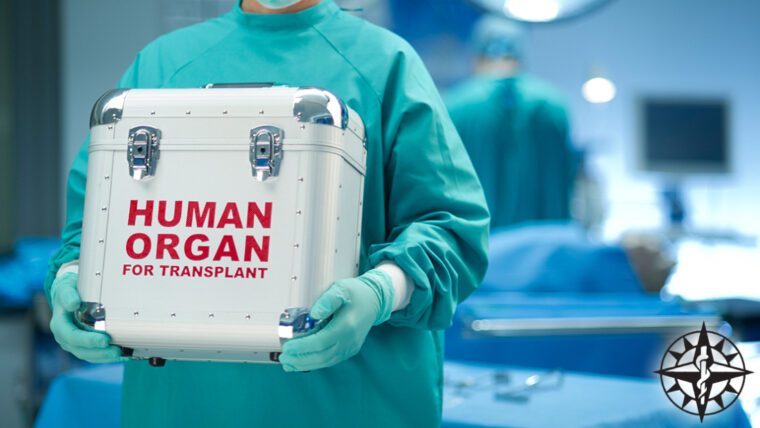 What You Need to Know About Transplant Infections 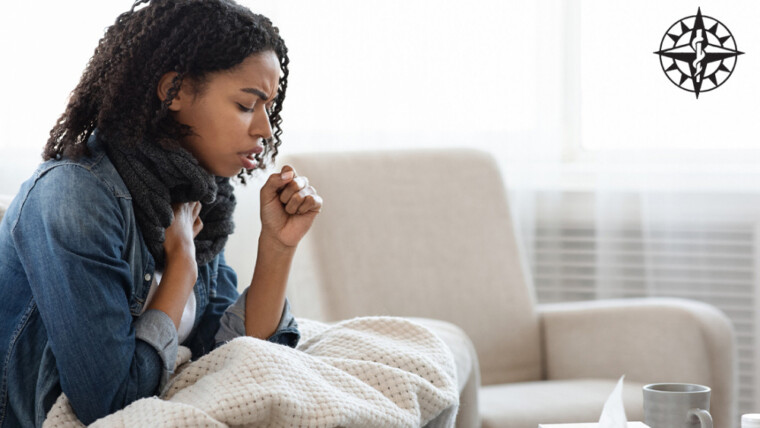 Tuberculosis in Florida – Everything You Need to Know